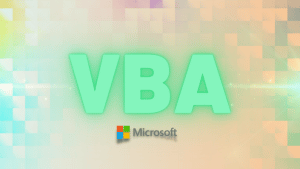 The only course you need to learn VBA Programming and master data analysis with Excel. Learn VBA Macros, Variables, Userforms, Loops, Arrays, Pivot Tables, and much more. This course will give you the skills you need to start a career in Data Analytics and get hired in 2023.

We guarantee you that this is the best and most up-to-date VBA Programming course that you can find. You will learn Excel VBA Programming from scratch including powerful tools like VBA Macros and Pivot Tables. You’ll automate tasks in Excel, build your own enterprise-level data management system, and have the skills to get hired as a Data Analyst in 2023!

Excel is one of the most widely utilized pieces of software in the business world. That means jobs. Lots of jobs.

It also happens to be one of the most powerful applications ever built, with a massive and widely underappreciated feature set. Excel has the horsepower and flexibility to play a crucial role in any Data Analyst and Developer’s toolbox, especially if you can master it by going under the hood to automate tasks with macros.

VBA is an event-driven programming language that encompasses several topics of data analytics.

VBA’s usefulness is its ability to create both simple and advanced applications and analytics projects that make data collection and data analysis processes easy and efficient.

It’s a must-know for any Data Analyst or Data Solutions Engineer in today’s business world.

Bottom line: whether you’re a complete programming beginner or an experienced developer, or you need to use data for any reason, there’s a good chance VBA will be a new favorite tool in your toolbox.

Why This VBA Course?

This VBA course is focused on efficiency.

So you never have to waste your time on confusing, out-of-date, or incomplete VBA tutorials anymore.

Instead, you’ll learn everything from the basics to using the most advanced functionality that VBA has to offer. All in one course.

And you’ll be learning Excel VBA programming in a fun and supportive environment.

By enrolling today, you’ll also get to join our exclusive live online community classroom to learn alongside thousands of students, alumni, mentors, TAs and Instructors.

Most importantly, you will be learning from an industry expert that has actual real-world experience working as a Data Solutions Engineer on massive datasets for some of the largest companies on the Fortune 500.

What This VBA Course Covers:

The curriculum is presented in basic building blocks so that you can build your knowledge step-by-step.

We start from the very beginning by teaching you VBA basics and fundamentals. We then dive into advanced topics so you can make good decisions on data analysis and automation, and tools for use in any of your future VBA Excel projects.

Along the way, we give you many exercises so you can practice yourself but you will also build a massive, enterprise-level Data Management System using VBA that takes a manual, error-prone task and turns it into an intuitive, sleek user experience that enforces data integrity.

By the end of this course, we guarantee you’re going to love VBA. It will make you more effective and efficient at your job, no matter your role or industry.

And if you want to learn the basics of Excel before going under the hood with VBA, don’t worry because you’ll also have access to our Excel Bootcamp.

Here’s a breakdown of what you’ll learn:

With VBA you will get to open up Excel, go under the hood, and learn to make it do your bidding for you.

VBA is also one of the easiest programming languages to learn, so whether you’re a total beginner or experienced developer, you’ll be able to learn VBA lickity split!

2. MACROS & VBA – VBA is an event-driven programming language, so you use it to tell the computer to start a certain action or string of actions using custom-built macros.

Automating the repetitive, annoying tasks in your work is the key to working smarter, not harder. Macros will allow you to do just that.

By using VBA Macros, you’ll speed up your manual tasks by creating automated processes and custom user-generated functions. Once you learn to do this, the possibilities are endless.

3. VBA VARIABLES & USER INPUT – Variables are a named memory location used to hold a value that can be changed during the script execution.

If you’re new to programming that may sound confusing, but don’t worry! Variables are important to learn so you will learn the in’s and out’s of them completely.

4. WORKING WITH VBA EXCEL RANGES – Ranges are a property in VBA that help specify a particular cell, a range of cells, a row, a column, or a three-dimensional range. You’ll learn to master VBA Ranges in Excel so that you can effectively manipulate data.

5. VBA LOOPS – You’ll use Loops to make Excel go through a range or array of cells, analyze each one, and change each cell per your specifications, all at the click of a button.

This is an advanced way to categorize, analyze, and even present data so that you can effectively deal with large, messy datasets and wow your boss 😉.

6. VBA ARRAYS – You’ll start working with magical arrays! A VBA array is a type of variable, which experienced programmers will know well. Variables are a container used to store lists of data of the same type.

An example would be storing a list of Pokemon with fire powers (yes, I’m on Team Charizard). You’ll use VBA Arrays to store a series of values within a single variable, which is going to come in handy during your new career in Data Analytics. Nice how that works, huh?

7. WORKSHEETS & WORKBOOKS – When most people think of Excel, they think of cells. But two other foundational aspects of Excel are worksheets & workbooks.

They may seem simple, but you’ll be amazed what you can do with these, particularly when dealing with monster data sets. And you’ll need to master them to use VBA efficiently in Excel and be in the top 10% of Excel power users.

8. VBA PIVOT TABLES – Pivot Tables are the best, most powerful part of Excel in my view and, once you learn how to use them to make your life exponentially easier, they’re going to be your favorite too!

A Pivot Table is a table of grouped values that aggregates the individual items of a more extensive table within one or more discrete categories. This summary might include sums, averages, or other statistics, which the pivot table groups together using a chosen aggregation function applied to the grouped values.

Sound complex? It doesn’t have to be. We break it down step-by-step so you learn exactly how powerful Pivot Tables are and how you can create and use them yourself using VBA.

This course is not about making you just watch along without understanding the principles so that when you are done with the course you don’t know what to do other than watch another tutorial… No!

This course will push you and challenge you to go from an absolute beginner in VBA programming and turn you into an Excel Power User 💪.

How do we know?

Because thousands of Zero To Mastery graduates have gotten hired and are now working at companies like Google, Tesla, Amazon, Apple, IBM, JP Morgan, Facebook, Shopify + other top tech companies.

They come from all different backgrounds, ages, and experiences. Many even started as complete beginners.

So there’s no reason it can’t be you too.

And you have nothing to lose. Because you can start learning right now and if this course isn’t everything you expected, we’ll refund you 100% within 30 days. No hassles and no questions asked.