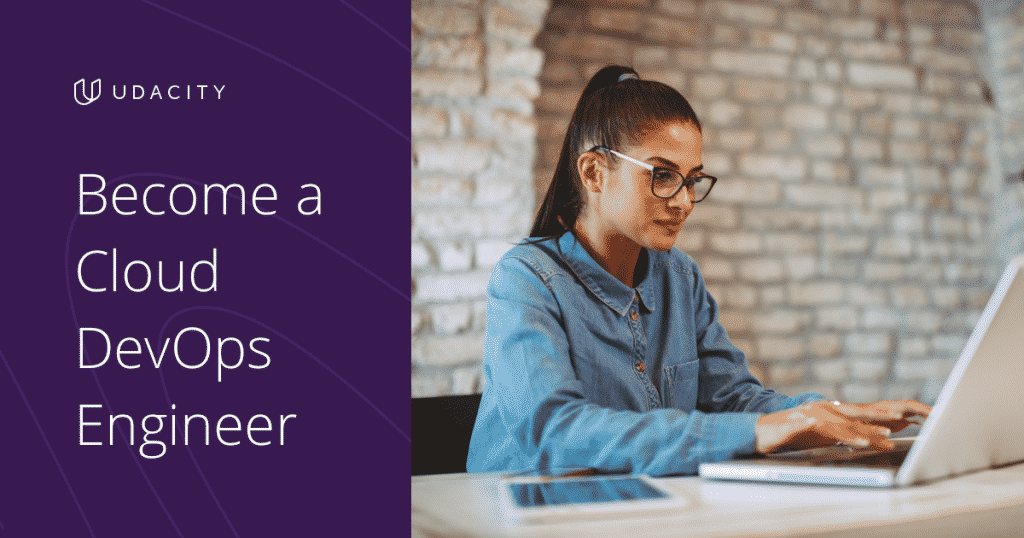 Companies are looking for talented DevOps engineers to remain competitive in this agile world. Enroll now to operationalize infrastructure at scale and deliver applications and services at high velocity, an essential skill for advancing your career.

You should be familiar with the basics of programming in an object-oriented language. You should also be comfortable with the Linux Command Line.

What You Will Learn

Learn to design and deploy infrastructure as code, build and monitor CI/CD pipelines for different deployment strategies, and deploy scaleable microservices using Kubernetes. At the end of the program, you’ll combine your new skills by completing a capstone project.

To be successful in this program you should have basic understanding of any programming language, and basic knowledge of the Linux Command Line. See detailed requirements.

If you need to sharpen your pre-requisite skills, try Intro to Python Programming and Linux Command Line Basics.

DevOps Engineer roles have increased over 200% since 2015.

Learn with the Best

Kesha has over 20 years experience in software development and is a software engineering manager at Chick-fil-A, routinely leading innovation teams in proving out the use of cloud services to solve complex business problems. She was recently named an Alexa Champion by Amazon.

Carlos is a Senior Solutions Architect at Infiniti Consulting where he helps institutions move traditional data centers to the cloud. He has worked for several large telecommunication providers managing and configuring network infrastructure, using Java, Groovy, Python, Perl, and PHP.

Olin is a Senior DevOps Engineer at Figure Eight. He has over 13 years of experience in a variety of DevOps, Systems Engineer, and Systems Administration roles at companies such as Heartflow, Netgear, and Turnitin. Outside work, he enjoys photography and spending time with his daughter.

Noah has worked at companies including Disney Feature Animation, Sony Imageworks, Weta Digital, and AT&T. He is a lecturer at universities including Northwestern, UC Berkeley and UC Davis. He is the author of Python for DevOps: Learn Ruthlessly Effective Automation.

Eddy has worked at BlackRock, Thomson Reuters, and Morgan Stanley, and has an MS in FInancial Engineering from HEC Lausanne. Eddy taught data analytics at UC Berkeley and contributed to Udacity’s Self-Driving Car and Artificial Intelligence for Trading programs.

Bryan’s been lead developer for several major companies, including Bytemark, which handles payments for transit authorities in major cities. He is the founder of Beginner Programmers, the largest blockchain meetup group in the world. His bootcamps have taught tens of thousands of people how to code.

Cezanne is a machine learning educator with a Masters in Electrical Engineering from Stanford University. Inspired by anyone with the drive and imagination to learn something new, she aims to create more inclusive and effective STEM education.

Learn to operationalize infrastructure at scale and deliver applications and services at high velocity, an essential skill for advancing your career.

[Laracasts] Be Awesome in PHPStorm