[TeamTreeHouse] How to Make a Video Game 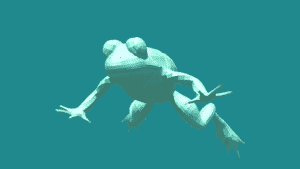 In this course, you’ll learn how to make a video game. If you’ve never programmed before, this is the place to start. You’ll create a video game for Windows and Mac OS X where the player must hop a frog character around a swamp to collect flies. Meanwhile, a predatory bird chases the player around.

You’ll learn about the Unity game engine and the C# programming language, which will allow us to write the code to make the game run. Each line of code will be explained step-by-step, so even if you have no prior experience, you’ll be able to learn and follow along.

By the end, you’ll have a fun video game that you can share with other people.

Introduction to Video Games
Many people play games, but not many people think about how they’re made. All modern games are built on top of a game engine, which is collection of code and tools to help speed up the process. In addition, a tremendous amount of effort goes into game design, which is the process of deciding how a game should be played.

The Unity Editor and Scene Setup
The Unity game engine includes an editor interface for manipulating game assets and placing them into 3D spaces called scenes. After importing some premade game assets, you’ll learn how to arrange them in a scene and setup the Unity project for coding.

Player Input and Cameras
Unity uses a programming language called C#. After you’ve been given an introduction to C#, you’ll learn step-by-step how to make the player move around the screen, and how to make the camera follow the player.

Score, Enemies, and Game State
Unity has a robust user interface system that allows for screen overlays like score counters, menus, loading bars, and more. After you’ve created a score counter, you’ll learn how to add an enemy to the game that chases the player. Finally, you’ll tie everything together and manage the game’s state.

[Packtpub] Firebase and Firestore for iOS