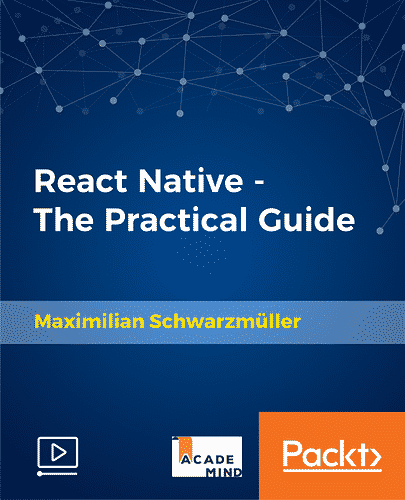 Mobile applications are one of the best ways to engage with users – no wonder everyone wants to build one! Wouldn’t it be great if you could use your web development knowledge, combined with your React knowledge, to build mobile apps with that? That’s exactly what React Native allows you to do! No need to learn Java, Android, Swift, ObjectiveC or anything like that – React and JavaScript is all you need to create awesome native mobile apps that work on both Android and iOS. That’s probably the reason why Instagram, AirBnB, Skype, and many other global companies are using it to build their mobile apps! You’ll learn all about the theory behind React Native, its core concepts, how to build responsive designs that work on different device sizes, how to animate React Native apps, how to navigate around, use maps and the camera. and so much more! And what better way to learn than by building a real app? We’ll build the “Awesome Places” app in this course, an app where users can share amazing pictures and the location where they took them. This app will allow you to see things like using maps, the camera, user authentication, connecting to a server and much more in action. By the end of the course, we’ll of course also go through all the steps required to get it into an app store.

With you will gain practical experience in how to create your own React Native apps, publish them to the Google Play Store and Apple App Store and dive really deep into the React Native ecosystem.

What You Will Learn: